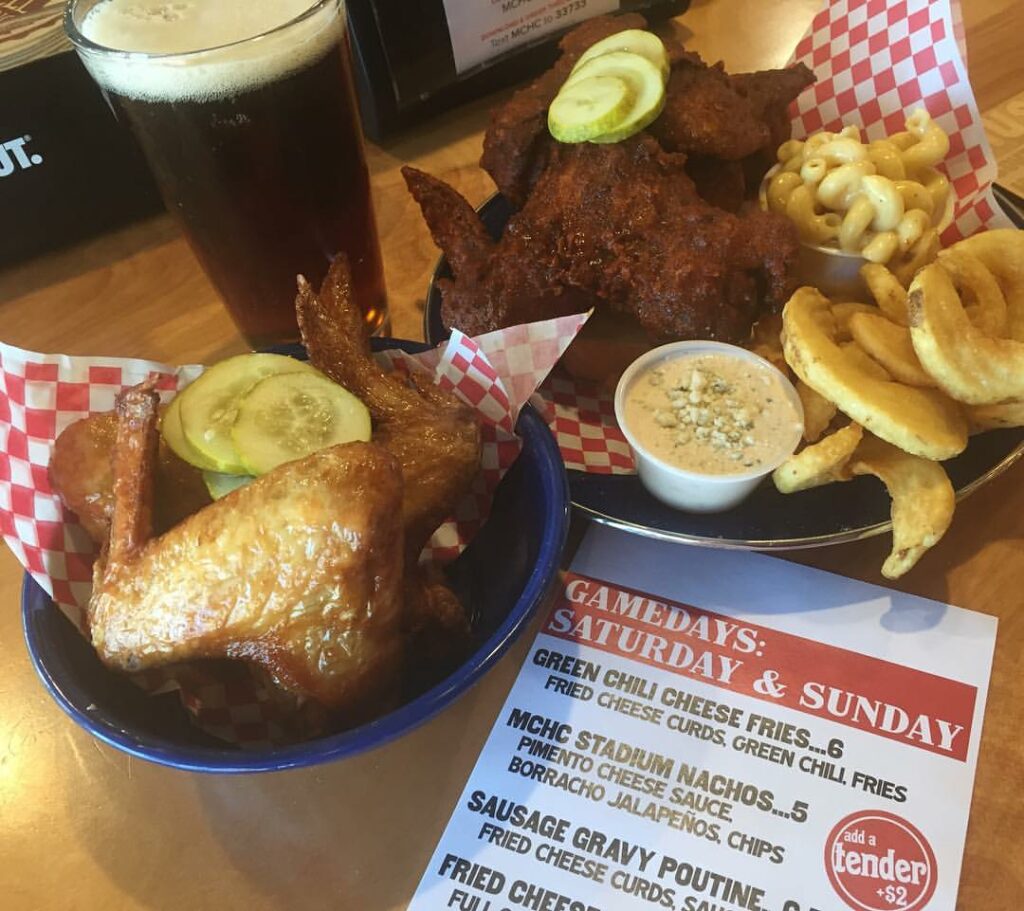 Music City Hot Chicken are Colorado’s fried chicken enthusiasts. As an original, locally operated counter service restaurant, open for lunch, dinner, and brunch it’s the first of its kind to specialize in fried chicken as well as feature Nashville Style Hot Chicken. Brothers, Jordan and Sam Graf, have made their crispy fried chicken to be paired with our great Colorado beers and love for music.

Raised in Fort Collins, Jordan and Sam are Lambkin and CSU grads and traveled out of state for a time to venture farther into their chosen career paths before returning. Upon arriving back in Colorado, attending shows, and drinking beer, they began to notice a chicken-shaped hole in the food offerings they had not noticed before. We felt the readiness of fried chicken would fit hand-in-glove with the established craft beer scene and set their minds to finding a way to apply Colorado flavor to southern fried chicken pair with sides made from scratch.

For those that have had Hot Chicken, it becomes difficult to imagine eating southern fried chicken any other way. Nashville applies a spicy drizzle over crispy chicken to create their signature dish and is worthy of its fierce popularity in its hometown. There is a lot of excitement in the varieties, secrecy, and competitiveness between restaurants and is finding an audience outside of Tennessee, just as Buffalo’s chicken broke out to grateful mouths everywhere.

We are thrilled to have the opportunity to serve Fort Collins for years to come! 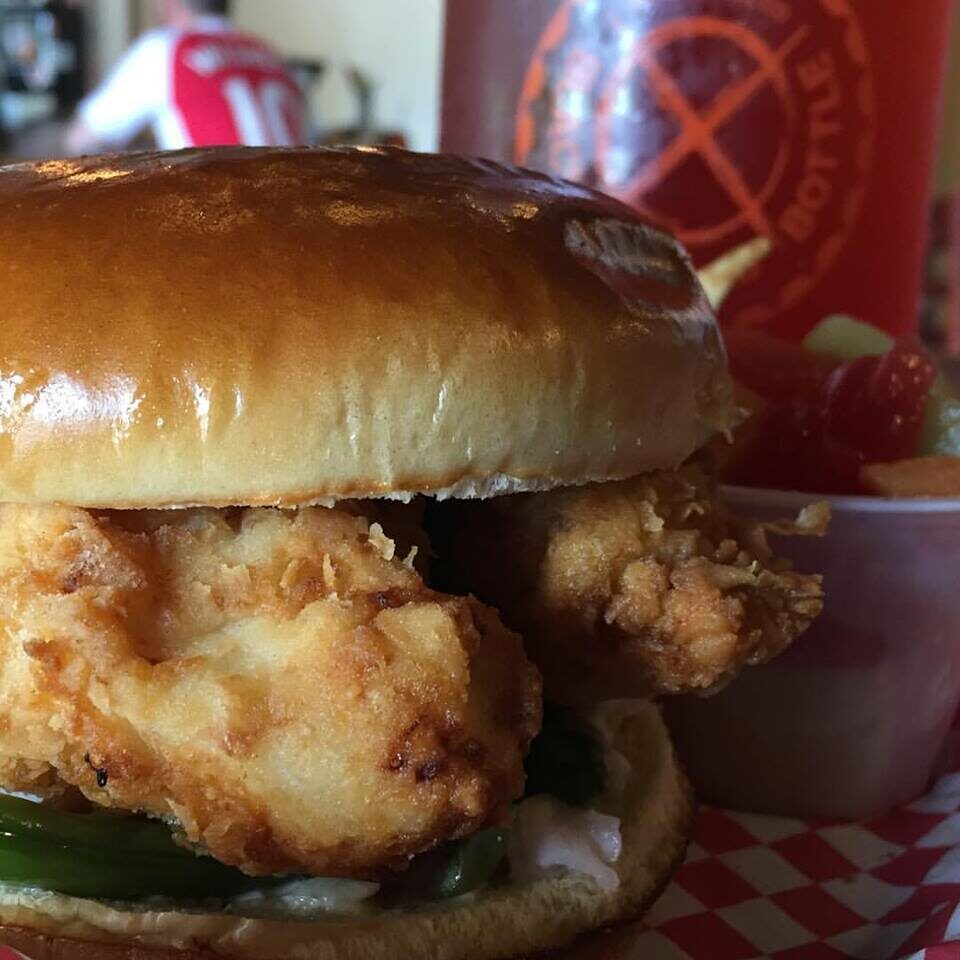 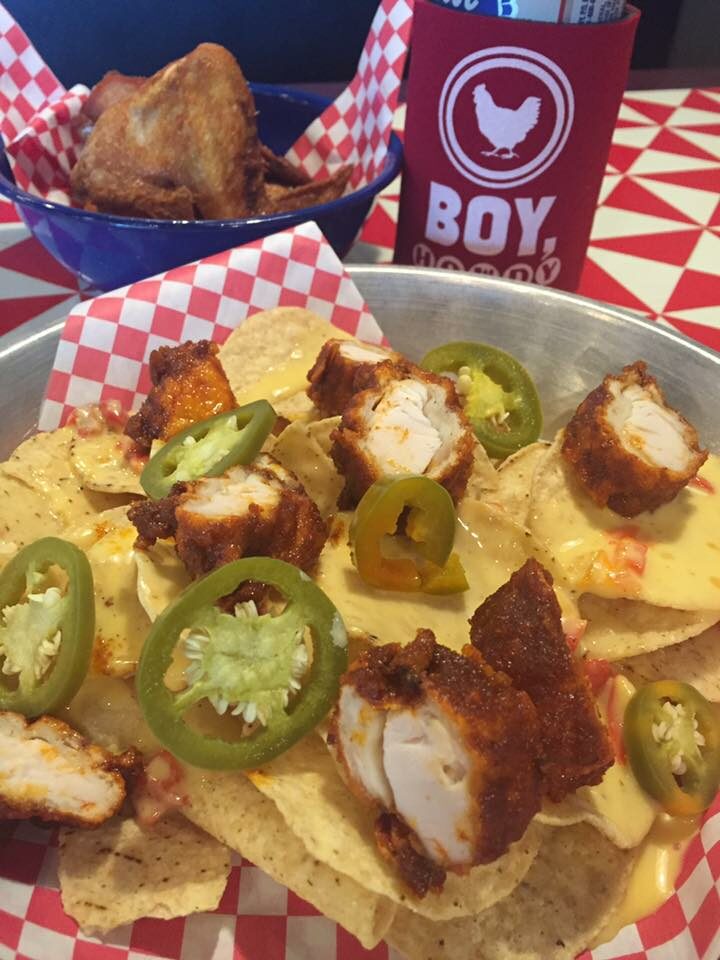 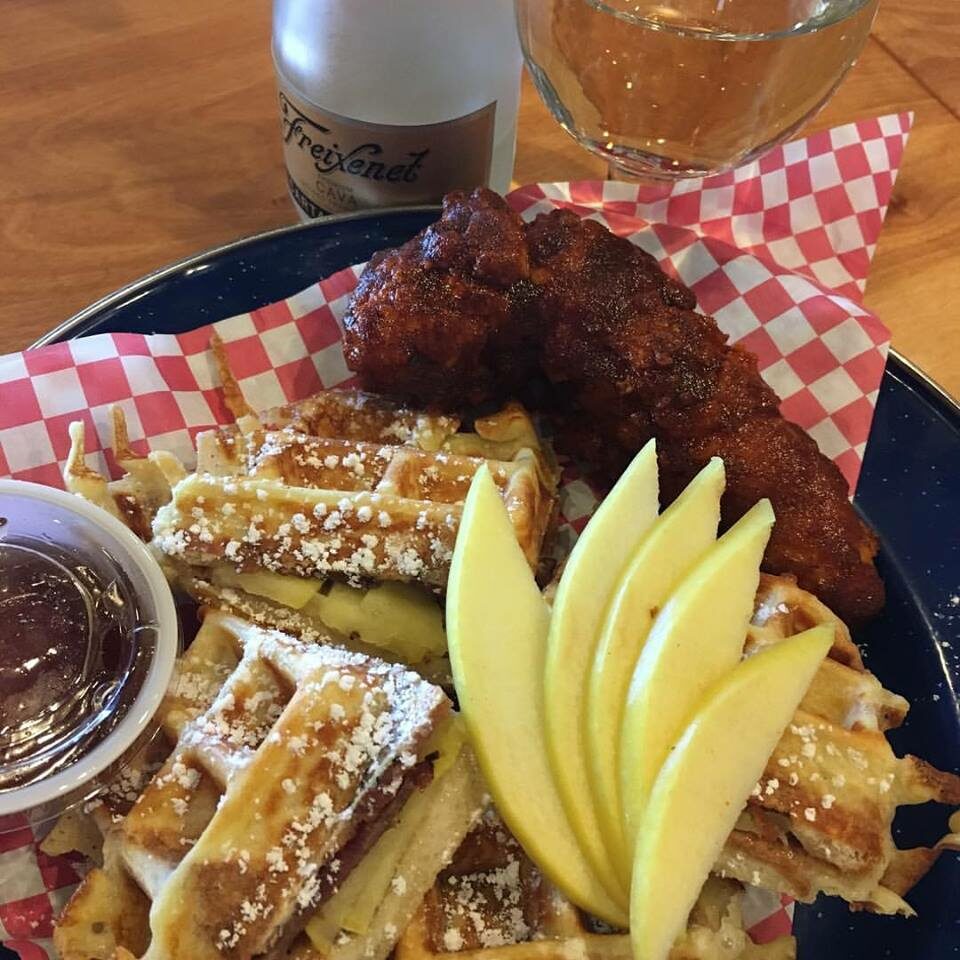